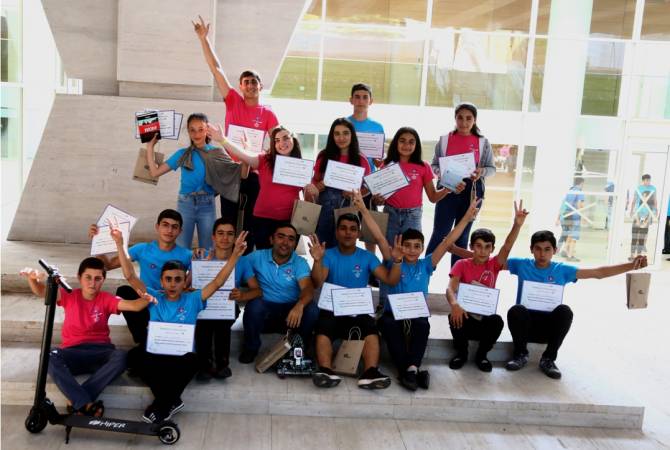 On July 1-19, the college named after Monte Melkonian in Dilijan hosted the two flows of the participants of “Armath” summer technocamp for children aged 10-13 and 14-17 respectively. In total, over 400 schoolchildren from all regions of Armenia, including Artsakh and Javakhk, were hosted at the camp. Among technocamp participants there were also children who had arrived in Armenia in the framework of “Ari Tun” program. On July 10-19, the second phase of the camp intended for children aged between 14 and 17 took place. Over 200 schoolchildren and 13 team leaders from all regions of Armenia participated in the second phase of the camp.