On July 1-10, the college named after Monte Melkonian in Dilijan hosted the first flow of participants of “Armath” summer technocamp for children aged between 10 and 13. Around 220 schoolchildren and 14 team leaders from all the regions of Armenia, including Artsakh and Javakhk, participated in the camp.

At “Armath” technocamp the schoolchildren, mostly students of "Armath" engineering labs, in pre-established teams learned to create a smart management system of LED lights with the help of Arduino platform as well as receive various information about distance, lighting, colors, etc. through sensors. They also learned to assemble and program robots. The ultimate goal set for the teams was to design self-controlled robots, in particular, black line following robots.

In addition to robotics, the camp also offered cultural and sports components. At the camp the children learned Armenian folk dances with Gagik Ginosyan as well as got familiarized with the the art of survival thaught by the team of Vova Vartanov. 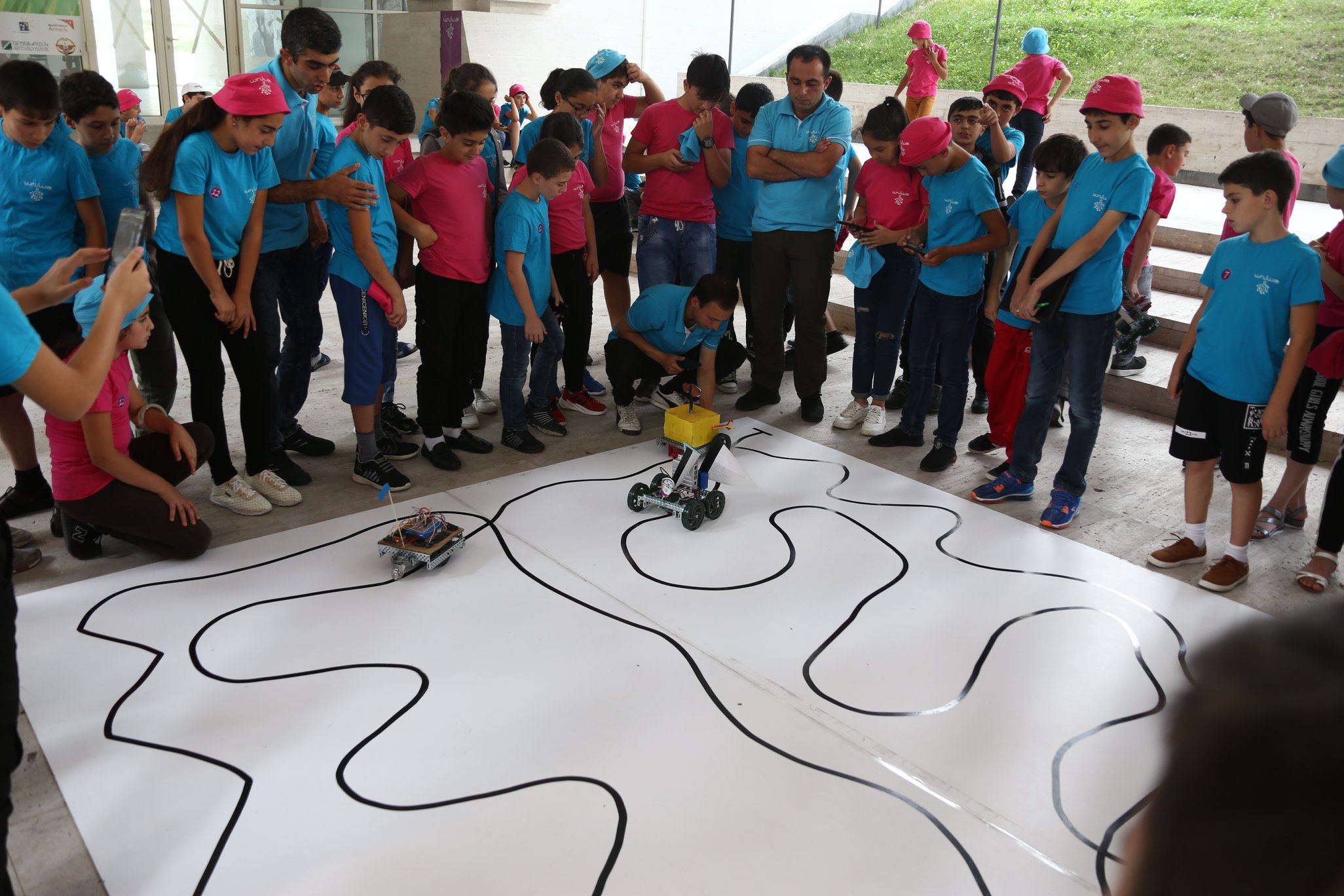 At the end of “Armath” technocamp, the final competition of black line following robots took place followed by the awards ceremony of winners. The representatives of Ucom were present at the awards ceremony and awarded the schoolchildren with incentive gifts. All members of the winning team received smart watches, and the best ones  - electric scooters. The winning team leader received a tablet. All members of the team, having taken the 3rd place, received smart watches, and the team leader - a tablet.

“It's already the 4th year that Ucom has the honour to support "Armath" technocamp for Armath students and track children's progress as well as the success of engineering labs of new generation. Ucom will continue to support technological education in Armenia and will make every effort to restore Armenia's reputation as a technologically advanced and innovative country,” said Tigran Safaryan, Marketing and Communications Director at Ucom.

On July 11-19, the college named after Monte Melkonian in Dilijan will host the second flow of participants of “Armath” summer technocamp, this time for children aged between 14 and 17.