More than 200 students and 13 team leads from all regions of Armenia including Artsakh and Javakheti, participated in the second round of the Armath TechnoCamp. The participants of the second round learned creating LED lights smart controller with RaspberryPi platform using Python programming language, gathering various data (length, lighting, colors, control of engines, application of telemetry, potentiometer,etc.) through sensors. In the framework of the camp they also learned assembling and programming robots. The teams' final goal was to create a robot that would fullfil the requirements of Robotex Armenia International Robotics Contest and solve the pre-designed problems.

In the end of the Armath TechnoCamp the final contest took place. The robots had to solve the following problems: following the line, pick up the trash bins and put down those using the robot arms, conditional stop at special areas and cross the traffic lights when the light is green. The problem should have been solved only by automated control. After the start the team members were not allowed to interfere into the control process of the robot. The students used Arduino and SERob platforms, C++ and Snap programming languages. 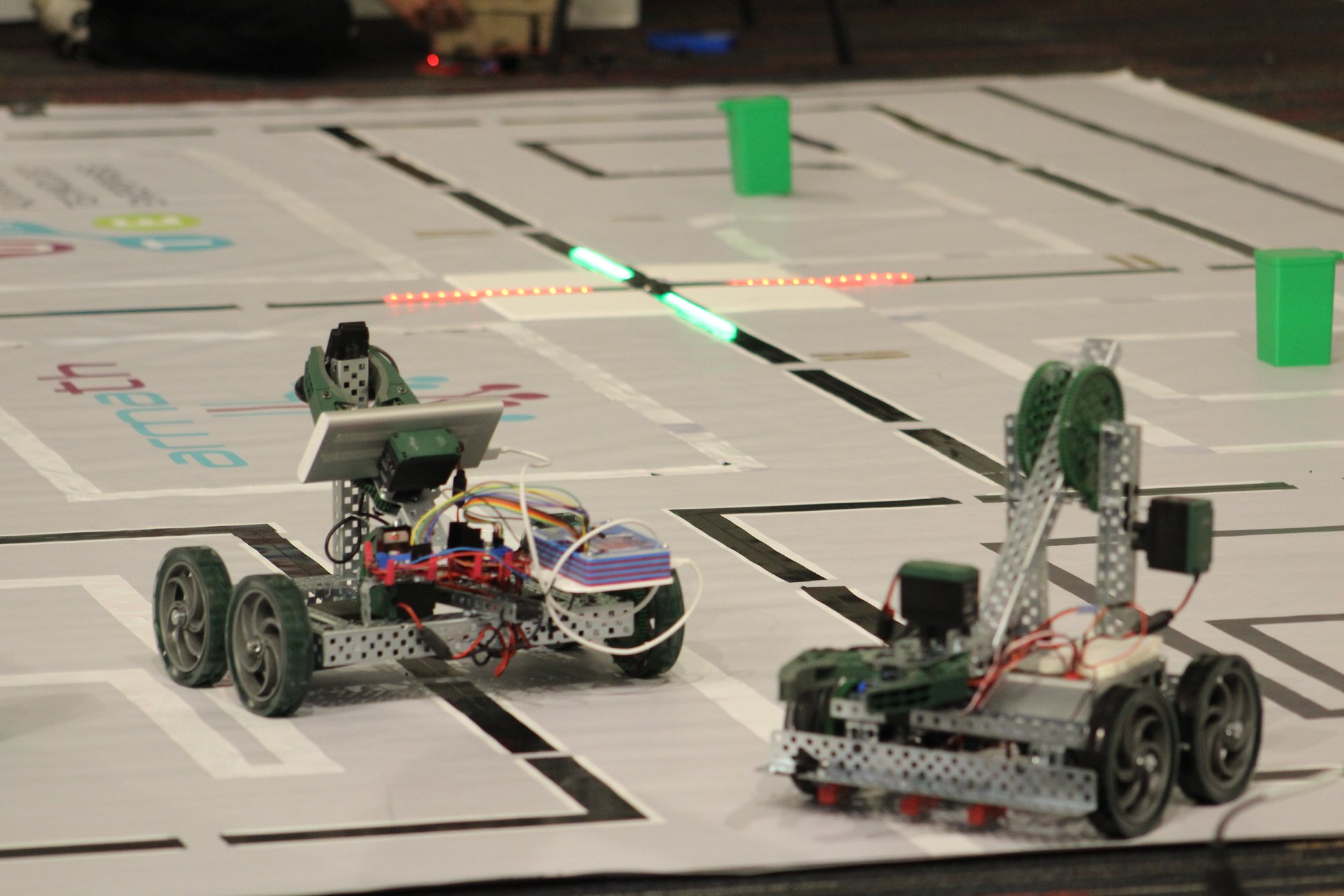 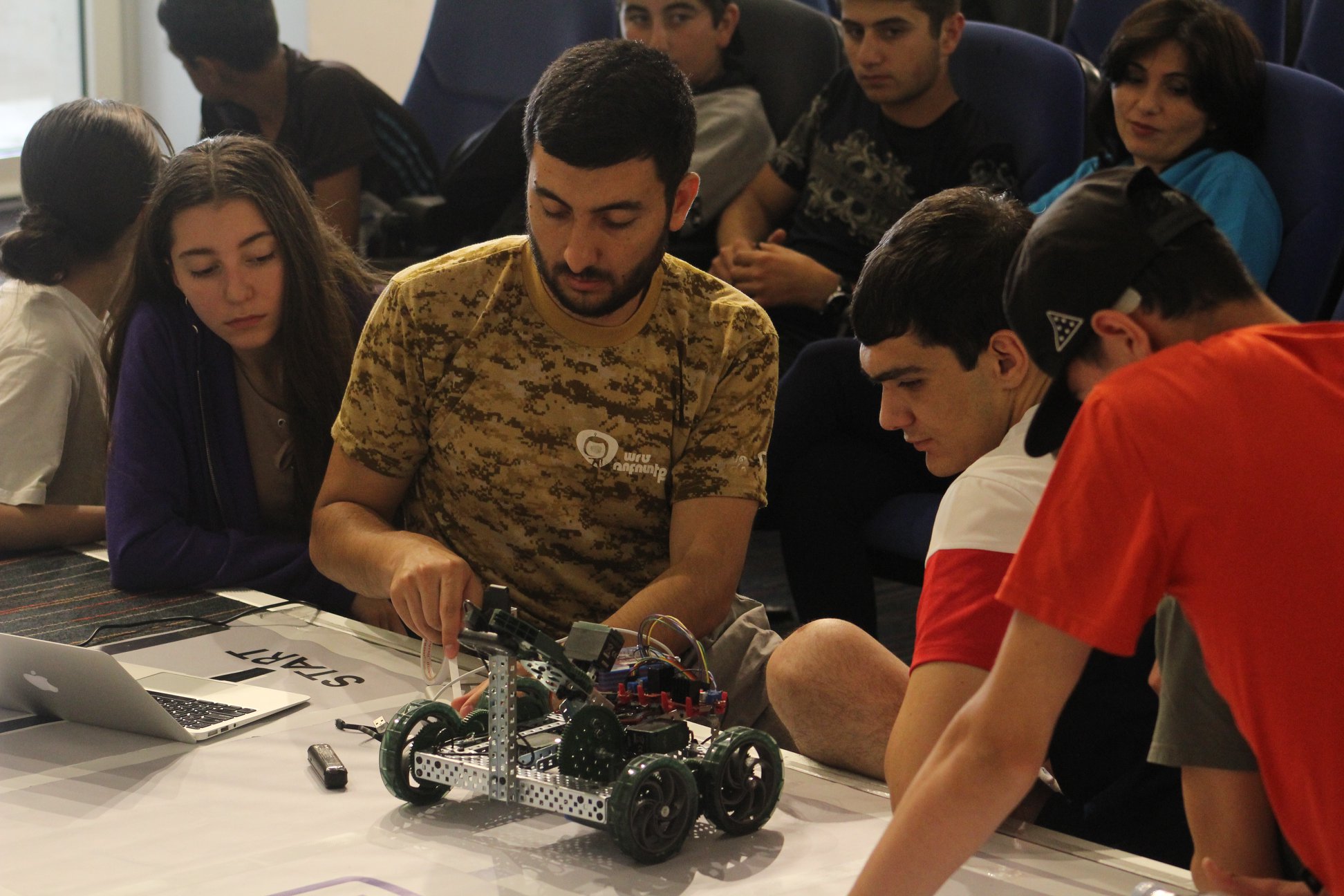 Out of the 13 contestant teams Team 6 won the contest. The team consisted of students from the Armath Engineering Laboratories of Agarak, Ashnak, Arteni, Ranchpar, Aragac. The robot assembled by the team was able to solve almost all problems imposed in the area and collected the highest points. All members of the team got smart watches from Ucom. Hayk Sargsyan from Ashnak was recognized for his outstanding performance and got an electric scooter as a reward and the team's coach Slavik Israelyan got a tablet. The runner up Team 13 had a slight difference in points. The team involved Armath students from Noratus and gavar. Team representative Vahe Davtyan was recignized for his outstanding performance and was rewarded with a smartwatch from Ucom. Other members of the team got 16GB USB stoarge devices from UATE.
Besides the robotics courses the camp included cultural, sports and entertainment elements. Participants of the camp went hiking to Matosavank and Jukhtavank accompanied by monuments specialist Samvel Karapetyan. During the camp students learned Armenian national dances with Gagik Ginosian. Participants also got aquanted with Vova Vartanov and his team of "VOMA". Representative of "Shtigen" company presented the "Shtigen Kids" workshop regarding the recreating energy sources.