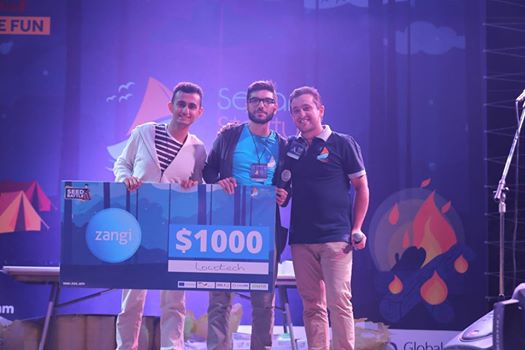 The results of the Sevan Startup Summit 2017 eight-day informal meeting have been announced. The event was held for the second time and brought together more than 1,000 young and creative youth, industry professionals, venture organizations and IT-oriented participants.
Mr. Karen Vardanyan, the Executive director of the Union of Information Technology Enterprises (UITE) who has also been a jury member, highly appreciates today's youth enthusiasm and creativity in IT, which will positively impact on the development of Armenia's economy.
Considering the role of the innovative ideas in the development of the IT sector as well as continually supporting the startup development, UITE provides privileged conditions for the Sevan Startup Summit winners to participate at the largest regional international exhibition DigiTec Expo 2017 being held at Yerevan Expo from September 29 to October 1.
Karen Vardanyan also notes with satisfaction that the students of the Union's strategically important projects such as the Armath Engineering laboratories, the Open Game Championship and the Technological Camps (Gurgen Hayrapetyan, Gevorg Hovhannisyan, Nairi Harutyunyan) once again presented themselves in the IT event with honor. The students of the UITE's educational programs have been among the authors and team members of the best award-winning ideas of the Sevan Startup Summit 2017.
As a note, the Sevan Startup Summit 2017 was held on July 24-31 in the Sevan National Park. The participants have listened to the lectures and success stories of both international and Armenian specialists from different sectors of economy. The prize fund was $ 45,000.