Yerevan hosted a 3D modeling competition on December 6, where students of 38 Armath pan-Armenian education network from Armenian marzes and Artsakh took part.
The jury awarded special prizes in the categories Robots and Robotronics, Mechanisms and Motor Industry, Armenian Historical and Cultural Monuments to the students from Chambarak high school, Gavar N5 elementary school and Nerkin Karmiraghbyur secondary school respectively.
Incentive prizes were awarded to Armath students from Vanadzor State Polytechnic College. The awards for the second and third places respectively went to the students from Armath labs of Artsakh IT Center and Karmiraghbyur.
The winners of the contest are students of Ghoghanj Children’s Center (Yerevan) and Avetisyan School Samvel Babloyan, Arshak Poghosyan and Alex Mnatsakanyan with their all-terrain vehicle project. The group leader was Hayk Karapetyan, who joined UITE’s “From army to IT” educational program after the April War and has been teaching at Armath labs for a year now.
The members of the winning team received mobile phones and prize money from Ucom. Prize money was also awarded to the runner-up and the third-placed team.
To see all pictures-   https://www.facebook.com 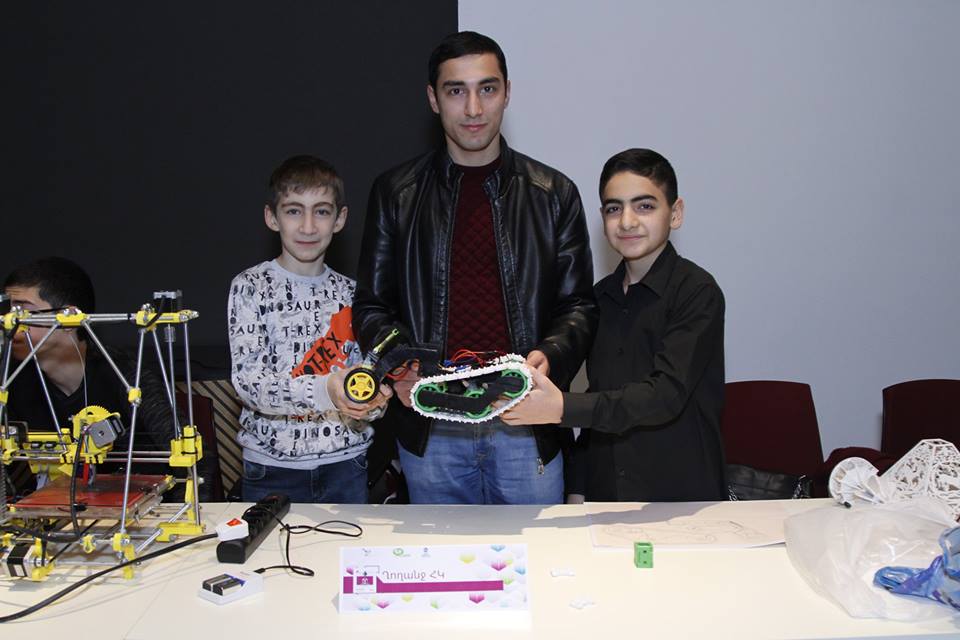 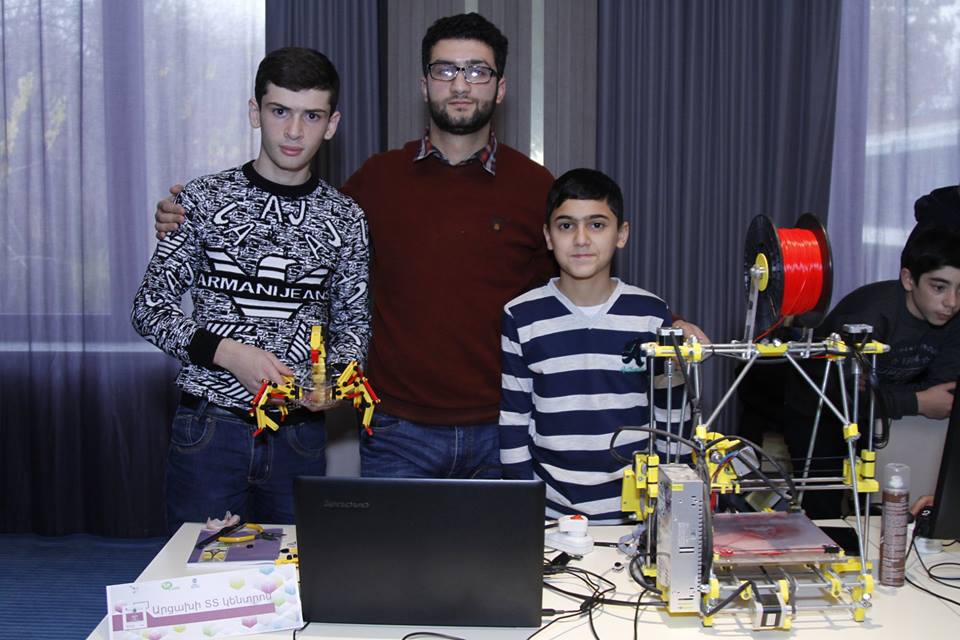 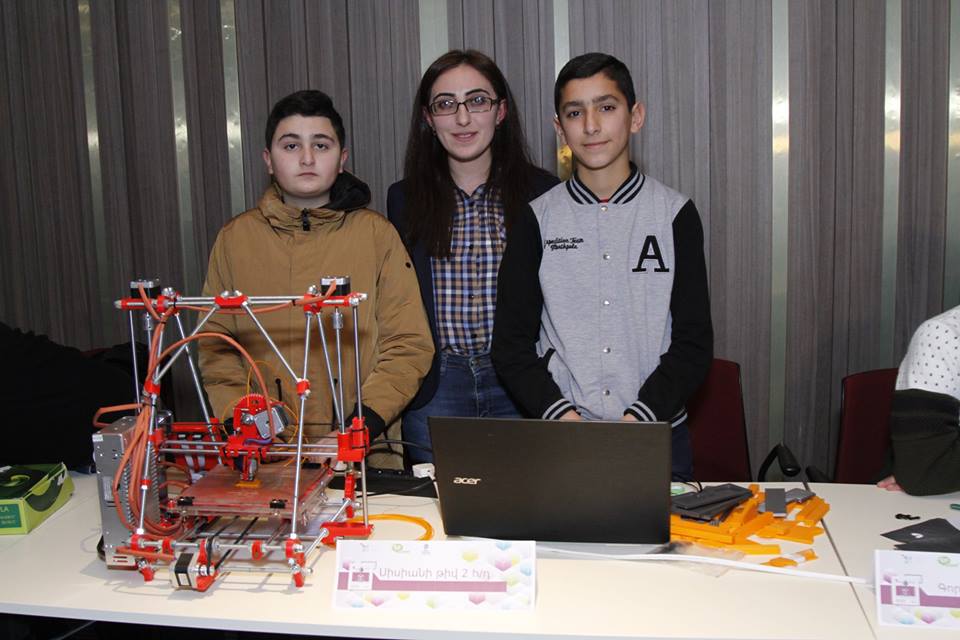 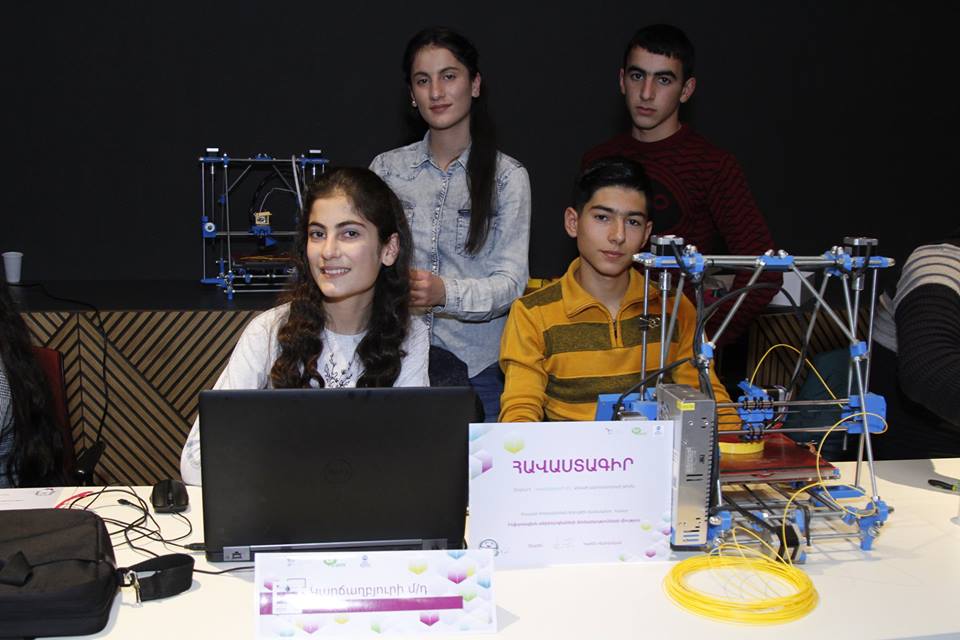 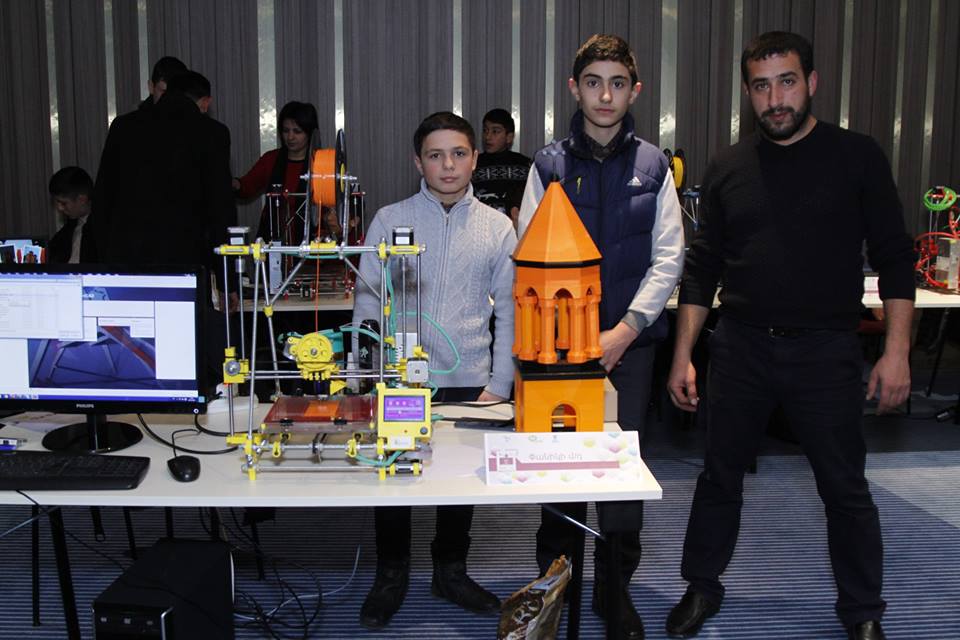 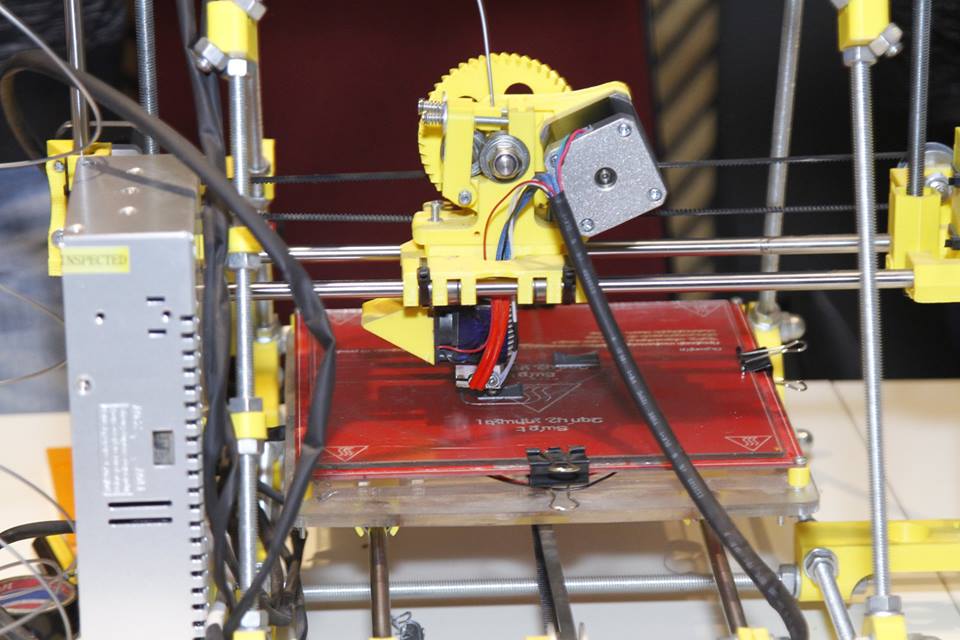 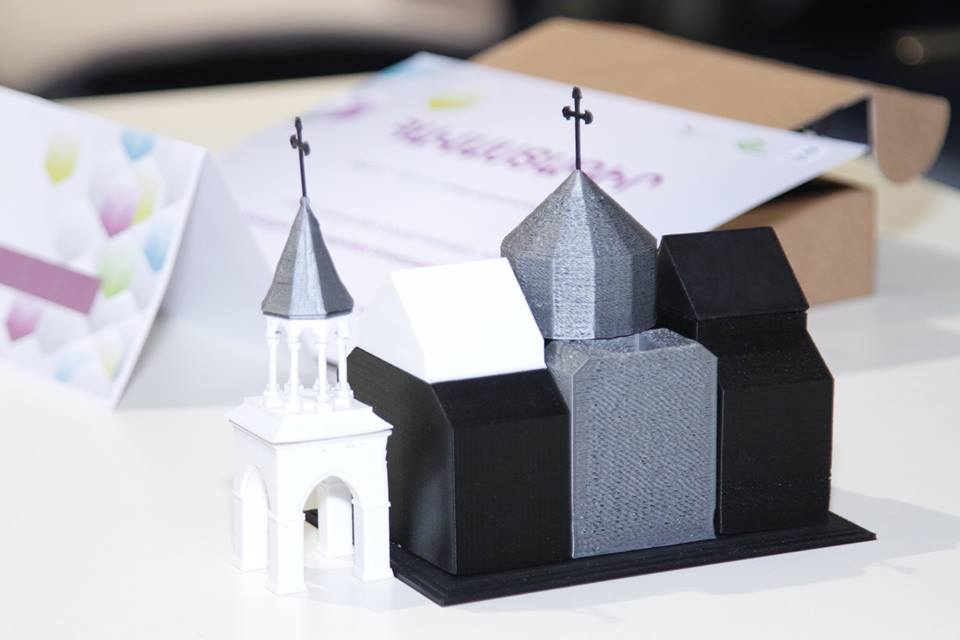 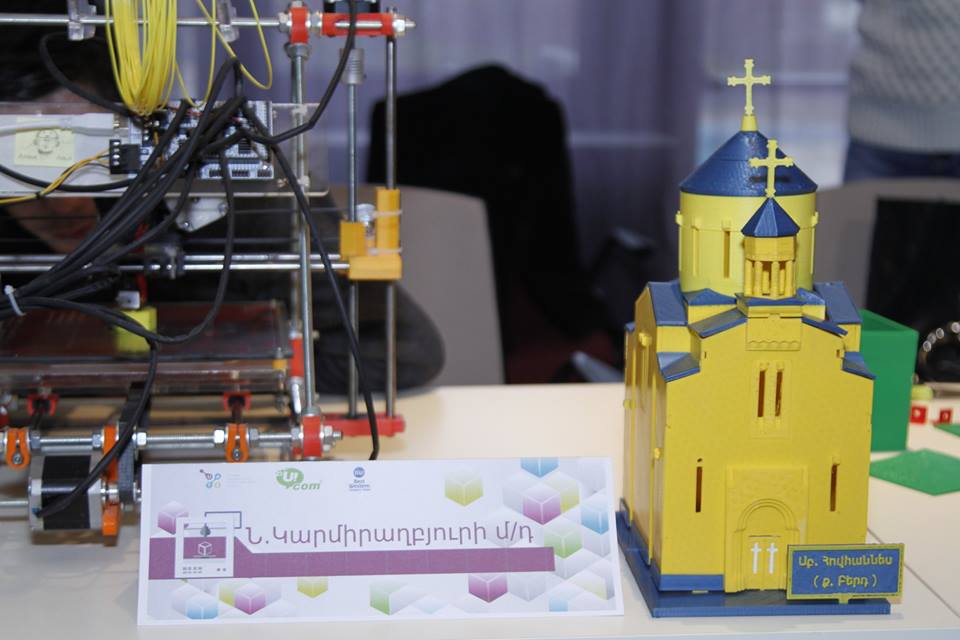 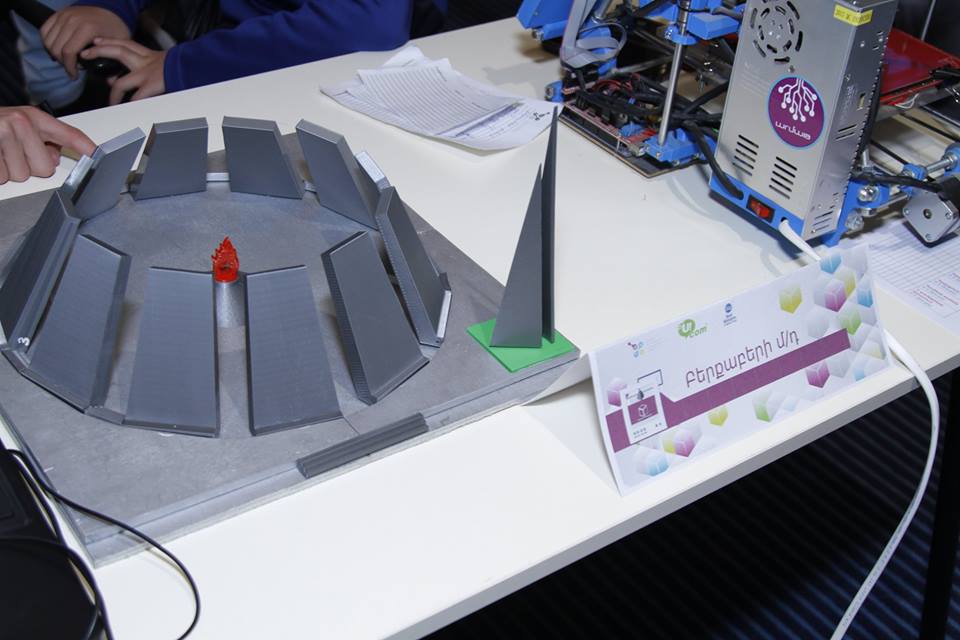 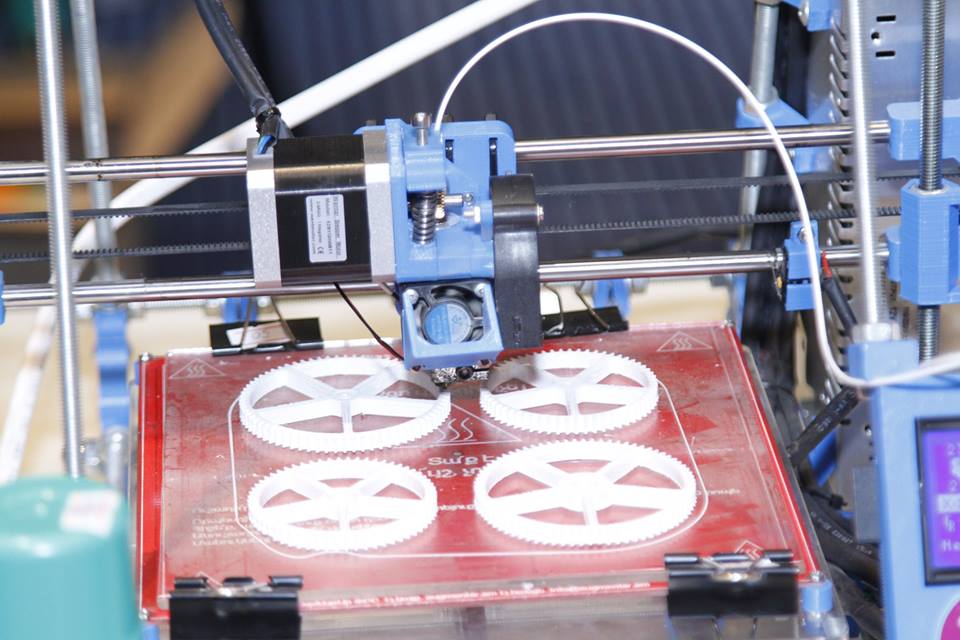 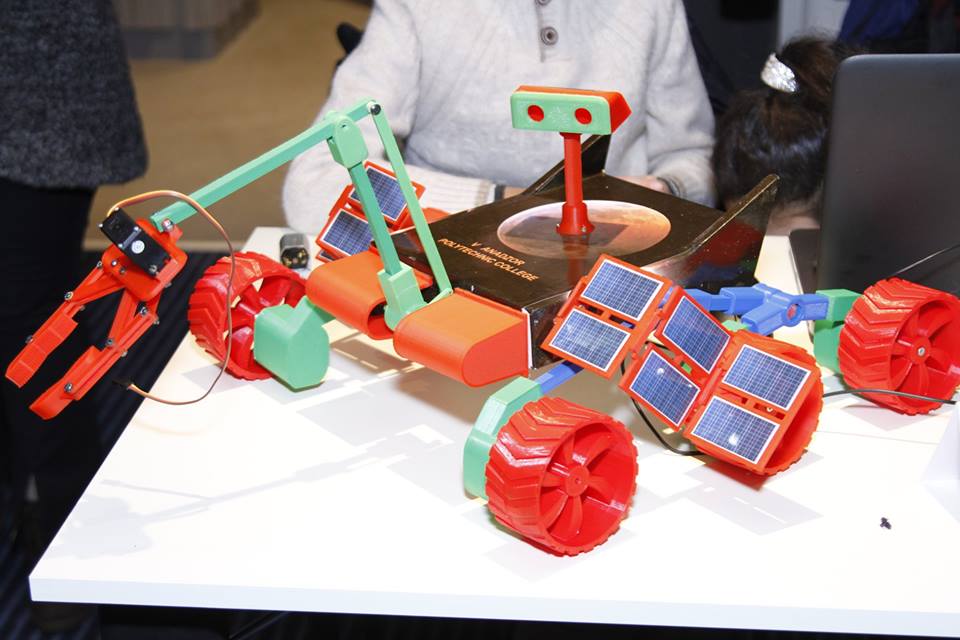 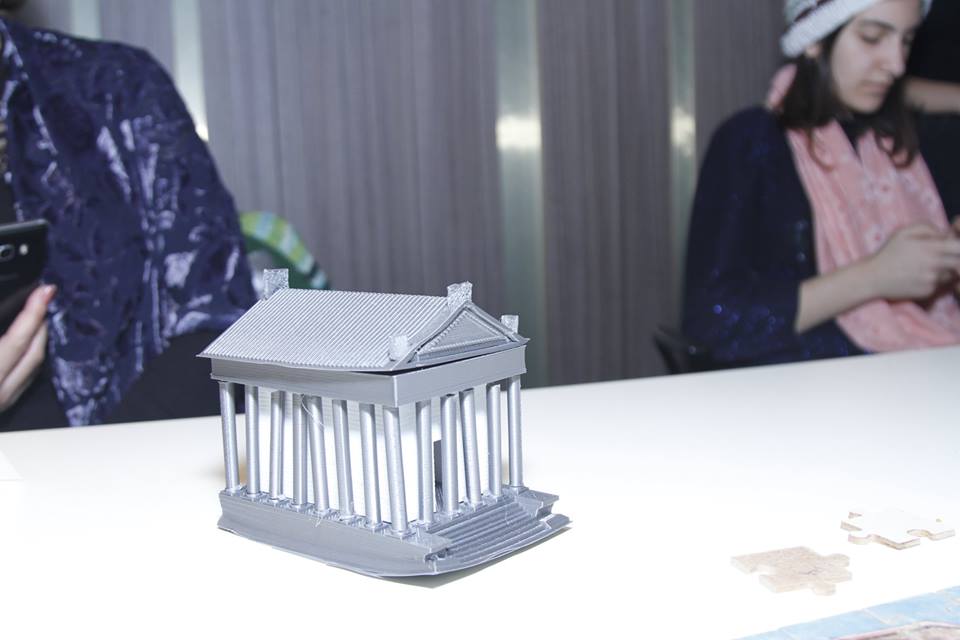 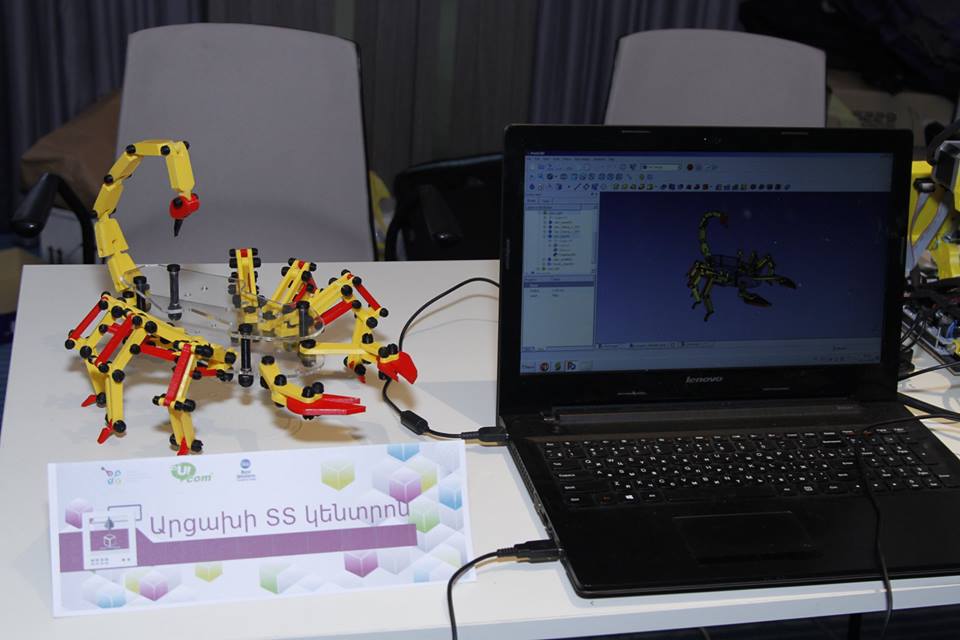 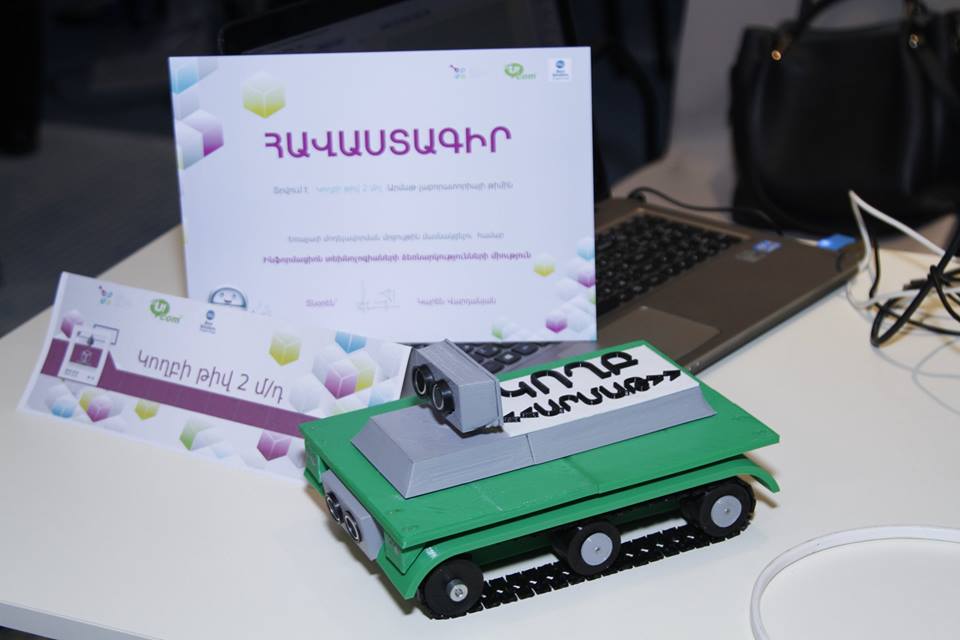 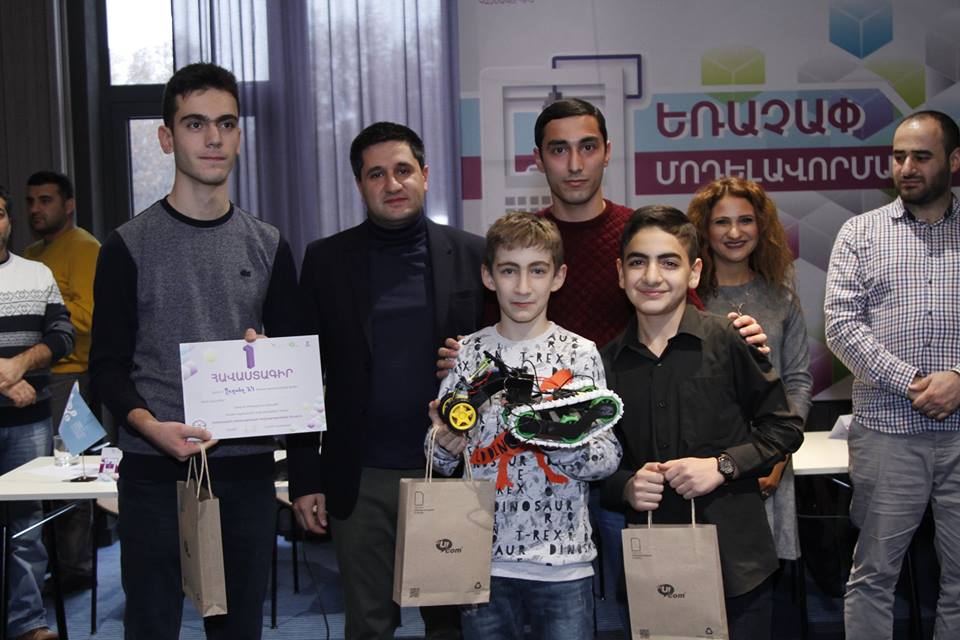