Stepan Grigoryan, a 15-year-old student of Armath Engineering Laboratory at Gyumri School No. 23, has been making money from home for three months, using his engineering knowledge, receiving orders from foreign partners, negotiating and setting deadlines.

“Already having some experience, I decided to register on the Upwork website and try to accept orders. For 3 months, in accordance with the tasks and standards set by the clients, I have been preparing games and mobile applications through the Unity program. But we do not want to limit ourselves to this, and a few months ago me and my friend Alexan Arakelyan, a student of our laboratory who wants to specialize in design, decided to create a team (Game Development No Creative) and work on our own projects. We already have preliminary versions of two projects, and at the same time we are working to improve them. We published one of them on New Year's Eve on Google Play in order to gain experience and knowledge, and we continue to work on another project and strive to complete the work and publish it by the end of the year. 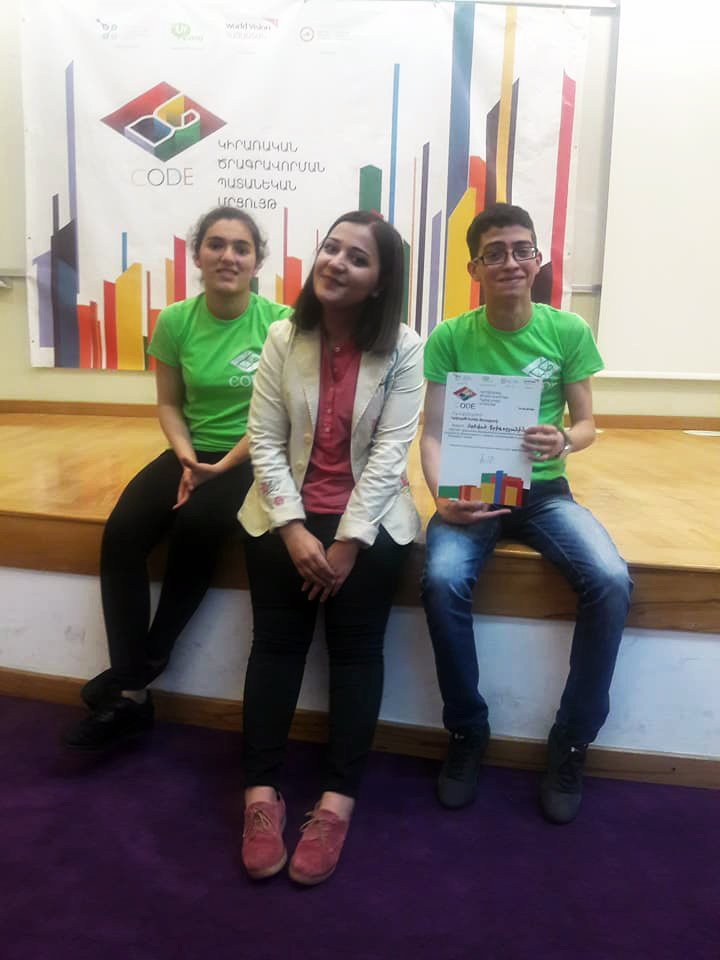 I was interested in computers since childhood, but as a profession I became interested in all of this after attending Armath laboratory. It was in Armath that I became acquainted with algorithms, programming, three-dimensional modeling and robotics. And I am very grateful to my coach for my current successes,” said Stepan.

According to the coach of the laboratory, Sofia Harutyunyan, Stepan has been visiting the Armath Engineering Laboratory of Gyumri School No. 23 since the very first day of its opening, since October 2016.

“Studying the main programs in the laboratory, I noticed that Stepan’s algorithmic thinking develops very quickly, he likes to study, he is hardworking. A year and a half later, I realized that Stepan was ready to perform serious tasks on his own, and together we decided that he would begin to study the Unity program and try to prepare his own project. We can say that our decision has become crucial,” said Sofia.